You are here: Home / Ergonomics / Different Types of Computer Keyboards Explored (Some are Just Wrong) The concept of pressing keys to enter text has been around for centuries. One of the early models of what later became known as a typewriter was created by Pellegrino Turri, who invented a mechanical typing machine for his blind lover so that she could write him letters- or so the story goes.

But these typing machines didn’t always have the flat tablet-like structures they have today. The typewriters of old looked more like sewing machines than typing devices. In fact, they would be mounted on sewing machine tables and used with treadles.

Fast forward to 2019, and computer keyboards are a whole different animal. They have transformed from the teletype machines to a range of sophisticated input devices which almost all of us have quite literally at our fingertips. In this article, we’ll explore all the different kinds of keyboards, and whom they are best for.

A membrane keyboard is one whereby the keys are cushioned with rubber or silicone shell. These keys are very sensitive to the pressure applied to them.

Due to its design, a membrane keyboard is relatively quiet even when you’re typing at a high speed. This keyboard consists of three key layers- a top membrane layer, an inner middle layer and a bottom membrane layer. Under these layers are conductive traces that activate the command when you press a certain key.

Membrane keyboards have risen to become the king of keyboards due to their affordability. You can find a quiet and responsive membrane keyboard for less than $20. If you were to purchase a mechanical keyboard, even an entry level model will cost you many times that.

On the downside, using this type of keyboard might compromise your typing accuracy. At times, the keys are not registered as a hit because you didn’t press down all the way.

For nerds, mechanical keyboards are the holy grail of computer input devices. They are expensive and require a bit of explanation to understand how they work. What more could a geek ask for?

The working mechanism of a mechanical keyboard boils down to one thing- a key switch. A key switch refers to the mechanism by which keys move- hit a keystroke, and it physically triggers a switch underneath that sends a signal to register the keypress.

With a membrane keyboard, there’s a rubber dome membrane that supports all the keys. This membrane is designed to resist depression, which is what causes the keys to resume their original position after a user withdraws his finger from the key. Unfortunately, mechanical keyboards produce more noise during use, though certain types of key switches that are quieter than others. They are also on the higher side of the price spectrum. For an entry-level keyboard, you’ll have to shell out at least $75. Ergonomic keyboards aren’t really a type of computer keyboards on their own, but rather refers to any keyboard that is designed to minimize strain on your body. Keyboards that are poorly designed not only slow your typing, but can lead to RSI (repetitive strain injuries) overtime, such as carpal tunnel syndrome.

By definition, anything described as ergonomic means that it’s optimized for the human body. This holds true for ergonomic keyboards, which are generally considered more comfortable. They also cause less stress on your hands, fingers and wrists.

There exist both regular and mechanical keyboards that are ergonomic, for people who often feel strained or fatigued at the end of a long typing session. Left-handed keyboards are membrane or mechanical keyboards with the numbers pad placed on the left instead of right side of the keyboard.

These types of keyboards can be more ergonomic than normal keyboards for the following people: If you like playing games on your PC, you could invest in an ordinary office keyboard and call it a day. But if you really want to take your gaming to the next level, a gaming keyboard can be highly condusive. These keyboards are specifically engineered to improve your gaming experience and victories

Most decent gaming keyboards consist of the following unique features that separate them from the “normal” ones:

For serious gamers, look for a mechanical gaming keyboard that is low force and supports more than 5-key rolloever for nano second responsiveness.

The main benefits of using a wireless keyboard are that they help to reduce clutter, plus allow you to control your device from a distance. For devices such as the TV that may be a few feet away from where you are sitting, wireless keyboards are as much of a convenience as the remote control.

The two main technologies powering wireless keyboards in the market today are:

With the increasing popularity of small-sized typing devices like tablets and phablets, it is not surprising that most people yearn for truly portable and compact keyboards. This is where roll up keyboards come in- they blend easy-typing capability in a small size-and-weight design. Their compact structure makes them perfect for traveling professionals.

Apart from their design and function, there are two more attributes that set these keyboards from the pack. One is the fact that they’re generally waterproof. Rollup keyboards are designed to resist both spills and total immersion in water. Secondly, a rollup keyboard offers near-silent operation due to the silicon and membrane construct. This keyboard produces such little noise that can barely be detected.

For people that yearn for a keyboard to go with their iPad or USB powered tablets, the rollup keyboard is worth considering. Imagine being able to use any flat surface to type on. For devices that don’t come with a built in physical keyboard, such as your phone or tablet, this could be a godsend. We’re talking about an optical virtual keyboard, or as it’s popularly known, a projection keyboard.

Invented by IBM engineers, this is one of the more recent innovations in keyboard technology. In general , projection keyboard uses lasers to displays a visible virtual keyboard onto a surface. When a user selects keys on the virtual keyboard, optical sensors or camera picks up these finger movements, which are then translated into actions and characters by a computer software.

A highly rated projection keyboard is the Serafim Keybo, which can project a regular keyboard or piano keyboard virtually onto a flat surface. It also doubles as a smartphone stand and charger.

A tablet keyboard is just that- a compact standalone keyboard meant for tablets. The biggest drawback of using tablets is that they don’t come with physical keyboards, making them more difficult to use. Thankfully, a good number of manufacturers are now inventing keyboards that can be used alongside tablets.

Tablet keyboards offer many benefits, one of which is that they help you type more conveniently. Although touchscreen keyboards work just fine, I don’t know anyone who can type as fast on this keyboard as they would on a traditional keyboard.

Also, tablet keyboards enhance your comfort. Yes, using a tablet is already one of the greatest pleasures of life. You can use it at your desk or even in bed. Factor in a keyboard and you’re able to perform even more tasks at your convenient area.

Tablet keyboards usually use bluetooth to pair with your device, as most tablets lack a USB needed for RF wireless keyboards that come with a dongle to work. When it comes to wacky designs, wooden keyboards inhabit a realm of their own. Believe it or not, there are some keyboards made mostly from wood. The TrioGato and TechSmart Keyboards are good examples. They are handcrafted from bamboo and are wireless.

In terms of functionality, a wooden keyboard works like an ordinary keyboard, as the internals still consists of the same circuitry and technology as regular keyboards.

Wooden keyboards are the best option for eco-conscious individuals, or as an novel input device in your living room. Unlike plastic keyboards, these ones are made of wood, which is a biodegradable material. What’s more, wooden keyboards made of bamboo are extremely resilient. Bamboo is one of the most common materials used in construction, primarily because of its strong composition. The TrioGato wooden keyboard for example is rated for 50 million key presses, compared to 10 million for an average membrane keyboard. Some keyboards look so unconventional that they create an entirely new category of their own. Such is the AlphaGrip handheld keyboard, which combines the design of a game controller with the functions of a keyboard.

The keyboard is a small unit packed with buttons. This is not surprising since it has to accommodate all the standard functions of a keyboard and a trackball.

So, why would anyone want to invest in the AlphaGrip? Well, it offers versatility. You can type while walking on a treadmill. There’s a demo of how you can work and still exercise on the manufacturer’s website. You can pair it with your TV to game with the familiarity of a game pad.

AlphaGrip also alleges that users can learn to type in half the time they spend typing on conventional keyboards. Whether this is true probably comes down to the individual. When your wrists start acting up, and the split ergonomic keyboards don’t seem to be helping, you’ll want to try a vertical keyboard like the SafeType V902. Yes, it’s 3-dimensional shape looks bizarre but the ergonomic benefits you get could well be worth the giggles from your co-workers.

A vertical keyboard works like a vertical mouse. That is, it elevates your palms to a more natural position; thus, helping to eliminate excess strain. This is one of the few keyboards that encourages a user to sit in a completely orthopedically neutral position. According to SafeType, it prevents three types of damaging postures: pronation, ulnar deviation and wrist extension.

If you spend most of your time behind a desk, choosing a good keyboard is nothing short of vital. This is the device you use to communicate with the world, complete work, and search for entertainment. There are tons of keyboards to choose from; ergonomic, projection, mechanical, membrane, handheld, wooden and even vertical keyboards. Before picking a particular keyboard, assess its pros and cons and determine whether it meets your needs. 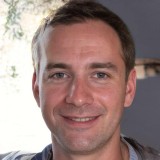