Disclaimer: Zergo provided us with a review unit of the Freedom.

The Zergo Freedom is one of the most ambitious ergonomic keyboards to come out in recent years. It attempts to do what few ergonomic keyboards before it have tried- fix all the issues that can arise from using a keyboard, from finger fatigue, wrist discomfort, shoulder pain, to CTS.

So how does it fare? I spent 3 weeks using the Zergo Freedom on my desktop. See whether the keyboard deserves a place at your home or office in this review.

The Problems the Freedom Tries to Solve

Almost all computer keyboards force our bodies into some form of anatomically awkward posture as we type. This includes everything from fingers strain, wrist extension, forearm pronation, to shoulder compression.

Few keyboards try to tackle all of these problems as aggressively as the Freedom. Conventional ergonomic keyboards such as the Logitech Ergo K860 only offer progressive improvements on some of the issues, while even something as radical as the Kenesis Advantage 2 falls a little short in preventing shoulder pain.

This is why it’s so exciting for me to finally come across a keyboard that makes it their mission to fix all that is wrong with keyboards today.

To start, the Zergo Freedom is a true split keyboard. There are no hinges connecting the two halves, letting you angle and separate them based on your body to minimize wrist deviation and relax your shoulders.

By positioning the two halves around shoulder width apart, I noticed immediately I was able to open up my chest more, which in turn improved my entire upper body posture. The benefits will be especially pronounced if you have wide shoulders. And to keep my wrists aligned with my forearms in the new stance, I simply angle the two boards inwards. In a mere few seconds the Freedom has put my upper body in a more relaxed, neutral position.

There are other split ergonomic keyboards on the market of course, though the Zergo is among the few to also support tenting and negative/positive sloping out of the box. And the difference it makes is huge.

Underneath the two halves of the keyboard are 4 feet each (total of 8) that can be independently erected.

Prop up the feet closest to you to negatively tilt the keyboard downwards and minimize wrist extension.

Prop up the feet farthest away from you to positively tilt the keyboard when you have trouble accessing the back rows easily when your chair is a little low.

And finally, and this is my favorite, tent the keyboard by erecting the feet on the two halves facing each other. This greatly reduces forearm pronation that has been shown to increase pressure on the carpal tunnel and potentially lead to CTS. In layman terms, tenting helps relax your forearms by putting them in a more neutral position.

In summary, the Freedom effectively addresses wrist and shoulder pain like few keyboards do.

Another unique feature of the Zergo Freedom are the sliding wrist pads. What to me at first seemed like a gimmick turned out to be a genuinely innovative and ergonomic addition.

The Freedom comes with two sets of gel filled wrist pads that can be used in place of the default large palm pads.

Unlike traditional palm rests that are stationary, these small wrist pads sit inside a smooth basin that slide around effortlessly as your wrists sit on top of them. As your wrists move slightly to access keys above or below the home key row, the pads move with them, eliminating the discomfort that comes with scraping your wrists against a stationary pad constantly.

The result is perhaps the most comfortable wrist support I’ve experienced.

The Zergo Freedom is a mechanical keyboard with switches from Kailh. Buyers can choose between the classic white switches with excellent audio feedback or the quieter brown switches instead.

Whichever version you go with, what you’re greeted with are keys that come with all the benefits that mechanical switches bring. Apart from generally requiring lower actuation force, mechanical keys provide superior tactile feedback that lets you type faster using less force.

To further ease strain on your fingers as you hammer away at the keys, all keys on the Freedom  have shock absorbing O-rings added.

I’ve tested many mechanical keyboards before, and in terms of key presses, the Freedom offers a truly premium experience.

The Freedom makes some small tweaks to the standard keyboard  configuration that have big consequences. To me how quickly you can get used to these changes is the deciding factor whether you’ll love the Freedom, or end up hesitantly returning it (there is a 60 day refund policy).

To be clear, the Freedom is a standard QWERTY keyboard with the alphabetical keys pretty much where you’d expect to find them. Beyond this, however, some small changes have been made in the name of improved ergonomics, such as reducing asymmetry of reach and unnecessary finger travel:

As you can see, a lot of thought has gone into the slight reorganization of the keys. And while the ergonomic rationale behind the changes are solid, in practice, this could lead to a lot of frustration, especially in the early adoption period.

Even after 2 weeks of using the Freedom Keyboard, I still find myself hitting the wrong keys in the top two rows, and mistaking the “Enter” key with the “Spacebar”, among other mishaps  quite often. And it’s not because I’m an inexperienced typist either; quite the contrary, I usually type at around 70 wpm. And I hate to think it’s because I’m an old dog that just can’t learn any new tricks.

It finally dawned on me why my fingers were having difficulty adapting to the, by any account, small layout changes in the Freedom. Due to the nature of my work, I spit my time daily between my desktop (that uses the Zergo Freedom) and my laptop (which comes with a text book QWERTY keyboard). It’s hard building up new muscle memory when your muscles are being pulled in two different directions daily.

It should be noted that the Freedom’s keys are totally programmable, which would address some of the frustration I’ve encountered at this stage. However, things like the slightly repositioned top rows simply require that your fingers conform to the change overtime.

I admire Zergo’s bravery in trying to create a more ergonomic QWERTY keyboard at the risk of alienating some typists. That’s how any type of changes occur, by taking that first step. Given time, I suspect most people will appreciate the changes in the layout. Still, if you divide your time between other keyboards that come with a 100% conventional QWERTY layout daily, you might be looking at a longer period of adjustment using the Zergo than anticipated. For the impatient, that might even be too long.

At the end of my two weeks with the Zergo Freedom, the conclusion I’ve arrived at is this: The keyboard is not for everyone, but everyone in need of an ergonomic keyboard owes it to themselves to try it.

On one hand, the Zergo Freedom is perhaps the most comfortable keyboard we’ve ever tested. From the versatile split design, tenting and tilting capabilities to the innovative sliding wrist pads and low force mechanical keys, the set up is as ergonomic as they come in a keyboard.

On the other, the small changes to the QWERTY keys layout proved harder than I had expected to adjust to. I may or may not be in the minority, but still this is something potential buyers need to keep in mind.

All things considered, the Zergo can very well be the best ergonomic keyboard you lay your hands on. The only way to find out however is to test drive it yourself. The company’s 60 day return policy certainly helps facilitate that. 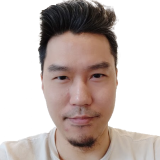 George is an ergonomist and chief editor of Ergonomic Trends. He brings with him over 15 years advising companies on best office practices, and has been quoted on many publications such as US News.

Disclaimer: As an Amazon Associate we earn from qualifying purchases. It does NOT influence our research in any way.